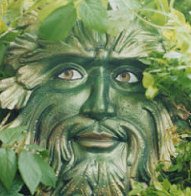 Pagans are not Godless people, as modern day society have adapted the word to mean.  The word “Pagan” simply means “People of the Land.”  Originally, this mean the people who did not live in castles as royalty and lived off of what the land afforded them.  “Heathens” were also not Godless, but were “People of the Heath.”  “Heath” is simply an area of low-lying, woody vegetation.  It was merely a denotation of the vegetation that surrounded them, not their spirituality.  When Christianity became a religion of nobility, both the Pagans and Heathens were snubbed as not worshipping the “right” God and as such, were shunned and considered godless, which is how the words became synonymous.

In this day and time, Pagans are simply people who do not follow the Christian faith exclusively and who embrace “the old ways” of communing with God through nature and who celebrate the expressions of God through the natural processes.

Witches are similar to Pagans in that they use the natural energies and elements to move energy and create change, each to an individual degree.  The Russian word that means which interprets as “the one who knows” and this is quite accurate.  Witches study the forces of nature and learn to work with those energies to make changes, to heal and to learn.

Wicca is a specific religion developed in the 1950’s by Gerald Gardner and Wiccans are the people who practice that religion.  The path is very ceremonial and divides into different “traditions,” usually specific to the geographical area from where the mythologies they follow originated (i.e Celtic, Egyptian, Nordic, etc).  Some traditions are very secretive and specific in their ceremonial practices and others are quite relaxed and open.  There are many, many individual ways of practicing Wicca.

The words are often (wrongly) used interchangably.  But now you know!