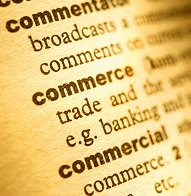 This is provided in case I use words that are unfamiliar to the muggles who stumble in. I will add to this as I realize I need to, which could be verrrry slooooowly.

Athame:  (Pronounced “Uh THOM Ay” or ATH uh MAY”)  A ritual knife that – for the smart Witch – is also utilitarian.  By tradition, it should never have drawn blood, so many Pagans intentionally dull theirs.   An athame is used to draw a ceremonial circle around the working area to delineate where a ritual or magical act will take place.  It is used to represent male energy in a ritual.  It is also used to dig candle wax out of holders and cut cords.

Beltane:  Also MayDay.  May 1st.  One of the holy sabbat days celebrating the fertilization of the land.

Besom:  (Pronounced “beshum”)  A ceremonial broom.  Brooms have long been associated with Witches and magic and are frequently used in rituals.

Burning Times:  The time during the 15-17th centuries when many Witches and non-witches were tortured and killed for their faith.  Executions tallies are wildly estimated to be between 45,000 and 9,000,000 during that time.

Candlemas:  Also Imbolc/Imbolg.  Feb 1st  One of the holy sabbat days celebrating the warming and awakening of the Earth.   A time of commitments.

Chants:  Rhythmic songs and words that create a particular atmosphere and raise energy.

Circle:  In addition to the usual geometric defintion, a circle is a group of Pagans working together (usually open, as in anyone can join in within reason).  It can also be the area in which they do their magical work.

Consecrate:  To bless in the name of the God and Goddess and devote to sacred use.

Cowan:  A newcomer to The Craft.

Coven:  A group of Witches or Wiccans that works together magically.  Usually this arrangement is “closed,” as in others non-coven members do not participate.

CUSP:  “Climbing Up the Spiral Pathway.”  A spiritual path developed my me and my husband in 1997 that follows the agricultural cycle of the year to manifest long term positive goals, culminating at harvest time.  Details are here.

Dark of the Moon or New Moon:  The day when the moon is not visible in the sky, plus a day before and day after.  Usually the 28th, 1st and 2nd day of the lunar cycle.

Full Moon:  The day the moon becomes full, plus a day before and day after that day.  Usually, this is the 13th, 14th and 15th day of the lunar cycle.

Higher Self:  The state of mind when a person enters into the Delta brain wave state and is receptive to other realms.

Invoke:  To bring an unseen energy into the working circle area.

Lammas:  August 1st.  One of the holy sabbat days celebrating the beginning of the Harvest season.

Litha: The Summer Solstice.  June 21st.  One of the holy sabbat days celebrating the longest day of the year and the Sun’s greatest power.

Mabon:  The Autumn Equinox.  Sept 21st.  One of the holy sabbat days celebrating the balance of days between Summer and Winter and the second harvest.

Magical/Magickal or Magic/Magick:  Alistair Crowly, an interesting and decidedly odd person from the occult past, was the first I know of to put a “k” at the end of “magic” to differentiate it from stage, illusion magic and refer clearly to magic as the movement of energy for a specific goal.  I write it both ways and either way, I’m referring to the last definition.

Muggle: A person who does not consciously use magical energy and knows little of Paganism.

Pagan:  A person “of the earth” who honors nature and the energies inherent in it.  Pagans typically lived outside of the official town borders.

Pantheon:  A grouping of God and Goddess aspects specific to a geographical area or tradition.

Priest/Priestess/High Priest/High Priestess: A person who practices the Wiccan path.  “High” designates the leaders of the group.

Quarters:  Directional sections of the working circle set up to honor specific elements.  Earth is in the North, Air is in the East, Fire is in the South and Water is in the West.

Rut Now Magic:  Working to direct energy toward a change that needs to happen “rut now.”

Sabbat:  One of the holy days in the calendar year.  The eight holy days are Yule, Candlemas, Ostara, Beltane, Litha, Lammas, Mabon and Samhain.

Samhain:  Also Halloween.  October 31st.  One of the holy sabbat days celebrating the end of the Harvest year.

Spring Equinox:  Also Ostara.  March 21st.  One of the holy sabbat days celebrating the time of planting and new life.

Warlock:  An “oath-breaker.”  One who has betrayed another Witch or Wiccan.

Wicca:  A religion using earth based energies that is very ceremonial and varied in practice.  Typically, it is divided up into “trads” or “traditions” denoting the type of practice or geolography of the origin of its mythologies.  A Wiccan is a person who follows this path. Wicca was created by Gerald Gardner in the 1950’s and then propagated by Gardner, his student, Alex Sanders and Raymond Buckland.

Wicky-Wicky:  A newcomer to Wicca who is just soooo excited about their new path.

Witch:  A person who uses their own personal energies and those inherent in nature to create changes toward a specific goal.  In olden times, Witches were the healers and midwives in a village.

Yule:  Also Winter Solstice.  December 21st.  One of the holy sabbat days celebrating the return of the spark of light to the sky.